Cristo and Jeanne-Claude's The Gates

There will most likely only be light blogging this week. This is true for a couple of reasons. The main one is that I'll be dedicating a lot the free time I usually dedicate to writing longer posts for my blog to promoting and putting together this Thursday's edition of The Skeptic's Circle, which it happens to be my turn to host. Most likely there won't be much time leftover for anything other than relatively brief posts, at least until next weekend or early next week. I'm gratified that we got several more fine submissions over the weekend, but there's still room for some more. If you're a blogger and want to submit your work, drop me a message containing the URL and a one- or two-sentence description of the post. The deadline is 9 PM Wednesday, February 16. The guidelines, as suggested by St. Nate, are here and here.

I took a break from blogging this weekend to make a foray into New York to check out Cristo and Jeanne-Claude's The Gates in Central Park. I had been skeptical of the entire concept, but, if you have the opportunity to see something like this, which will only be around a little more than two weeks, it's foolish not to take it. My wife and I weren't disappointed. Seeing the whole project in person, I found it quite impressive and beautiful. I took a bunch of pictures. I'll post a few today. I may include additional pictures with every post I write for a while (at least until I exhaust the good pictures). Unfortunately, it was overcast on Saturday, making me wish we had gone yesterday instead, when it was sunnier. My wife thinks that the overcast skies made the Gates stand out more from the background, but I'm not so sure. In any case, here are the first few pictures I plan on posting: 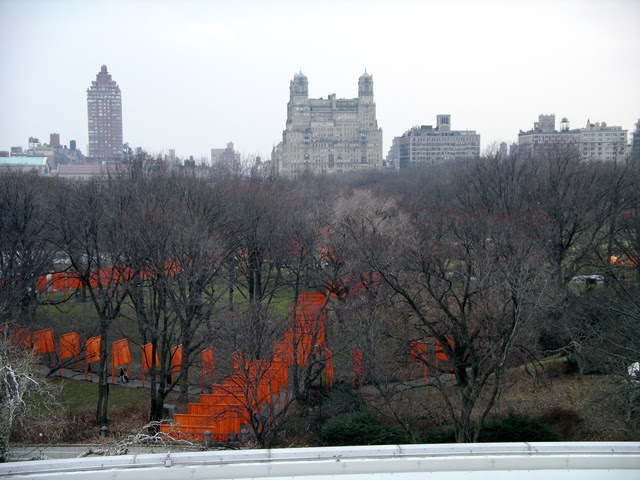 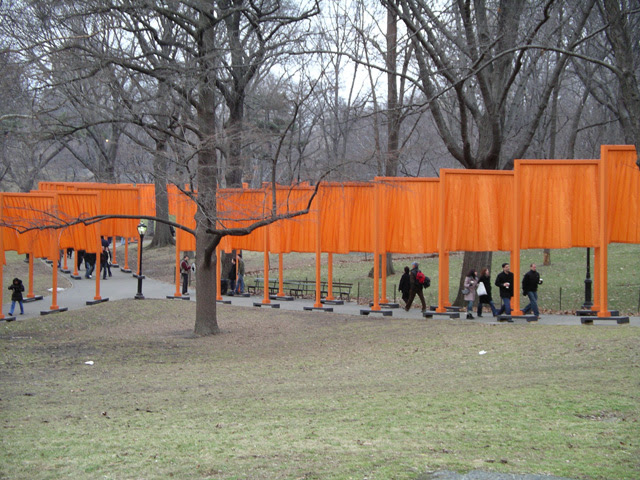 A confluence of gates 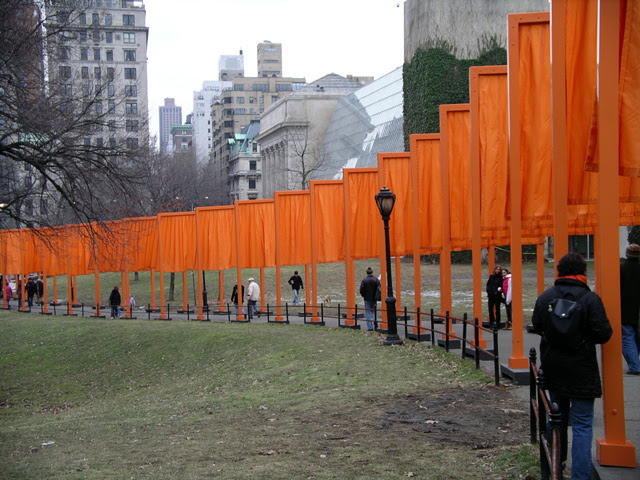 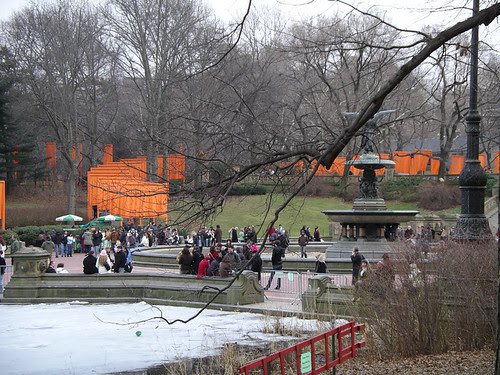 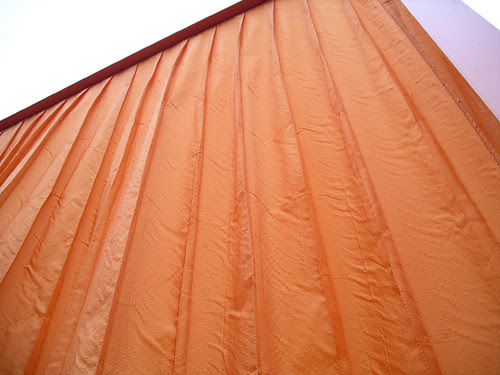 Staring straight up at a gate

If you live close enough to New York that it's feasible to make a day trip into the city by February 27, to see this spectacle, go! It's well worth it.