A church that even atheists could love

In my constant quest for ecumenical understanding between atheists, agnostics, and theists, I may have found a church that even atheists like PZ might not detest. I'm not sure if it's on the up-and-up or if it's some sort of joke, but if it is a joke, it's an elaborate one. In any case, it's a rather interesting concept. It's called the Church of Reality. Its saying: "If it's real, we believe in it."

The Church's thoughts on "Does God Exist?":

The standard for reality in the Church of Reality is that for us to declare something is (probably) real - it has to be something that is objectively observable in the real world by any observer. Personal revelation does not meet this test. So - even if I were to personally believe in God - that isn't good enough for the Church of Reality. We are committed to believing in reality the way it really is.

It is therefore the official position of the Church of Reality that God does not exist until such time as God chooses to reveal himself to all Realists and come out into objective reality in the real world. Should God come out into the real world then we as Realists will instantly become theists and will do whatever God commands us to do. Until that happen then either God does not exist or it is God's will that Realists don't believe in him. Either way - this is the correct choice.

I don't think that even Brent or PZ would have a problem with that. The Church of Reality has 15 Sacred Principles. My favorite:

The Principle of Bullshit is all about refusing to live the lie; to be able to call something the way it really is. It is the ability to face the reality of being wrong so as to create a starting point to make a better choice. It is to accept that you can't truly pursue reality if you continue to believe in things that aren't real. You may have made a mistake - or millions of people might have made the same mistake for thousands of years. But when you know it's all bullshit then you have to call it - accept it - and move in the Sacred Direction. If you're a Realist then by definition you are supposed to give up what's not real - or at least admit your denial if you aren't ready to face reality.

There are those who would twist the truth, be misleading, tell half truths, hide the truth, use double meanings and distort definitions, be deceitful and deceptive, and to lie. This is not the way of the Church of Reality.

The Tree of Knowledge is built on what is real and what is true. Bullshit that is passed off as reality pollutes the Tree of Knowledge and creates a weakness in knowledge itself. It inhibits growth and holds back our development as a race of humans. It keeps us from developing in a positive direction. Part of the Sacred Duties of the Church of Reality is the purification of knowledge. We choose to expunge the bullshit and replace it with what's real. The Principle of Bullshit asserts a duty to resist the powers of bullshit and move towards reality the way it really is. It requires courage and strength of character to go against the herd mind and refuse to live the lie.

You don't even have to be an atheist to agree with this particular sacred principle. All skeptics and scientists should accept it, even those who are religious. For example, we shouldn't be afraid to call creationism and intelligent design what they are: bullshit, at least as far as the claims that either are science rather than religion.

Unfortunately, the Church stumbled very badly in its choice of "saints," picking Jack Kervorkian and Larry Flynt (which is one reason that made me wonder if this is all some sort of elaborate joke). Sorry, Mark Perkel (The First One, or the Founder of the Church), but I think that Jack Kervorkian is anything but a hero of reality. As anyone who grew up in the Detroit area knows, he's a creepy old guy who has always been obsessed with death from his earliest days as a pathologist. I've always suspected that his "assisted suicide" bit was just another way for him to indulge his obsession. (He also seemed to get way too much pleasure out of offing the poor people who wanted to die.) Fortunately, he's in jail, where he belongs. Larry Flynt, for all his battles for "free speech" in the name of pornography, is (and always has been) a digusting slimeball. Surely, O First One, you could have come up with better examples of people deserving of sainthood who (as the Church of Reality's requirements for sainthood say) put themselves "in a position of grave personal risk in order to promote an idea that is real in the face of a public who refuses to face reality." Hello! How about Ignaz Semmelweis, who spent decades trying to convince doctors that washing hands would decrease infection in the obstetrics ward and ultimately died in an insane asylum? 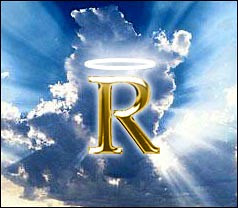