Once again, it's time for me to indulge my strange obsession with EneMan. I don't know how it started, but I can say when it started. Way back near the very beginning of Respectful Insolence, I posted about strange things doctors get from pharmaceutical companies. Featured prominently was EneMan, the Fleet Pharmaceutical Company mascot who's supposed to somehow promote colon health. Little did I know then that it would be the start of a regular feature on this blog. Since then, on the first of every month, I've been posting pictures from the EneMan calendar (and here). It's a strange obsession, and I shudder to think what it says about me. But I find EneMan very amusing, and these calendars particularly so (although I do feel sorry for the unfortunate people who have to dress up in the EneMan costumes at surgical meetings, such as the American College of Surgeons Meeting in 2003). And April 1 is so perfect, given that it's April Fool's Day. It's doubly perfect since my parents are in town and I don't have time for lots of blogging. On the other hand, I'm always a little hesitant when there's a blog carnival I've contributed to (such as the Skeptics' Circle yesterday), because I'm afraid that the first thing some brand new visitors to the site may encounter is EneMan. Oh, well. For better or for worse, this little bit of weirdness is part of the package that is Respectful Insolence. Try not to judge the entire blog by it.

This month, we have a special treat, because, via my parents, my sister loaned me back the EneMan calendar from 2004 for me to scan pictures from. (My own copy is lost; I don't know what happened to it.) What that means is that I have not one, not two, but three years of calendars to post the April picture from. So, if you are one who is annoyed with Orac's weird sense of humor on this matter, ignore this post. However, if you, as I, find EneMan oddly hilarious, check it out. You know you want to. It's like a train wreck... 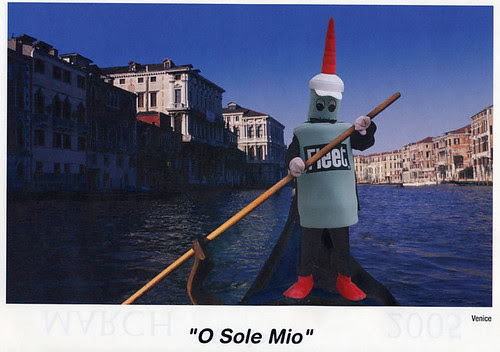 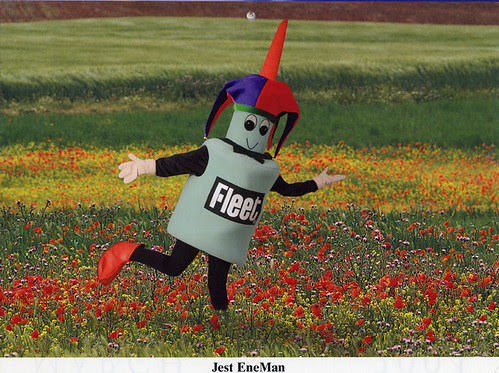 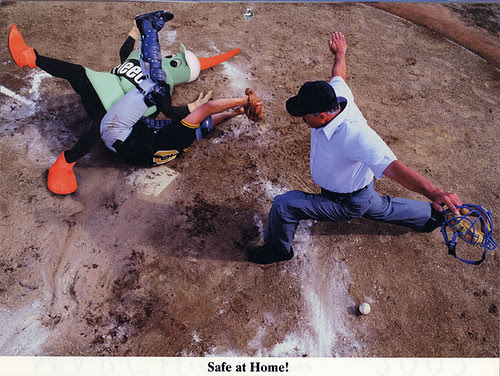 April 2002
There. That should do it for another month. Don't worry. I won't forget next month.