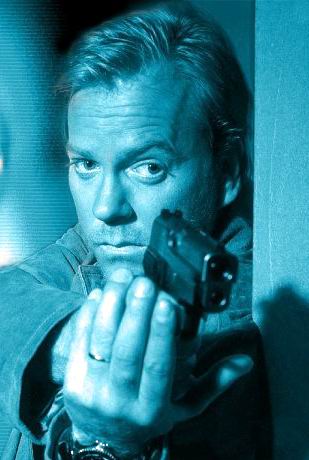 As planned, I checked out the season premiere of 24 last night. So far, so good. In previous seasons, it sometimes took too much time to get the action going, but this year started out full throttle almost right away.

As expected President Palmer was assassinated, but what wasn't expected was seeing Michelle Dessler get blown up by a car bomb (and Tony Almeida be critically wounded by the same bomb) minutes later. Given that three of the four people who knew that Jack Palmer was still alive were attacked in the first 10 minutes or so of the show, apparently in order to frame Jack, this started things out well, although I really hated to see Michelle buy it. It has also led to these Important Safety tips: