I cannot refuse Hedwig either: The Farenheit 451 book meme 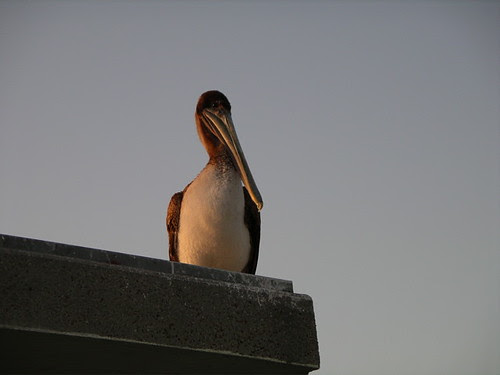 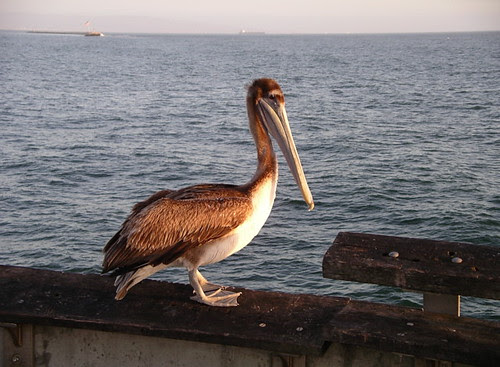 Somehow, I've managed to avoid this meme, even though it's been floating around the blogosphere for quite a while. I thought I would refuse it if it ever came my way, but it was Hedwig who invited me a week ago to participate this time, and, as was the case with Majikthise, I cannot refuse Hedwig either. Of course, I didn't see it right away because I was away in Anaheim and not checking most of the blogs that I usually frequent, but that's beside the point. How can one refuse a biologist with such an interest in birds, who names herself after the owl in the Harry Potter books?

So, for those who are not familar with this particular meme, it goes as follows:


You are stuck inside Fahrenheit 451. Which book would you be? [Note: In the novel - because books were burned - to save the content of books, people memorized one in order to pass the content on to others.]

Anyone who knows me well will know immediately what my answer to this question has to be. (Indeed, for me this is the easiest of the questions in the meme.) I didn't even have to think about it before answering. I would be The Lord of the Rings by J. R. R. Tolkien. (And, no, I'm not cheating by answering with a trilogy, because The Lord of the Rings was always intended by Tolkien to be a single novel, even though it ended up being released as three volumes back in the 1950's.) No other book even came close in the consideration.

I first discovered The Lord of the Rings when I was around 13 or so and instantly devoured the book, immersing myself in its world completely. I had read The Hobbit a while before and enjoyed it immensely. However, The Lord of the Rings was on an entirely different level. The mythology, the epic quest, the seemingly impossible task of destroying the One Ring, all of these contributed to its powerful pull on me. In the nearly three decades since then, I have reread the book at least 8-10 times. I don't remember for sure, because I frequently go back and read individual chapters or groups of chapters. My favorites include: The Shadow of the Past, Flight to the Ford, The Council of Elrond, The Bridge of Khazad-dûm, Lothlórien, The King of the Golden Hall, Helm's Deep, The Window on the West, The Battle of the Pelennor Fields, Mount Doom, and The Scouring of the Shire.

In fact, I've read this book so many times that I almost am the book already! I'll probably continue to reread it every so often until the day I die. In fact, now that I'm reminded, it might just be time to crack it open again, given that it's been about three or four years since I last read the whole thing...


Have you ever had a crush on a fictional character?

Not that I can recall, at least not really a crush, although I did rather like Susan Calvin from Isaac Asimov's I, Robot. If comic book characters count, many years ago, I rather liked Sue Richards from the Fantastic Four and Clea (also here) from Doctor Strange. I don't think you could actually call them "crushes," but that's about as close as I can come to answering this.


What is the last book you bought?

Books, actually, because I rarely buy one book at a time. They are:

American Brutus: John Wilkes Booth and the Lincoln Conspiracies by Michael W. Kauffman. (This was an excellent book that I finished a couple of weeks ago.)

The Forever War by Joe Haldeman.


What are you currently reading?

Fast on the heels of finally finishing Harry Potter and the Order of the Phoenix (much of which I read either while I was stranded waiting for a plane or on one of the transcontinental flights I had to take), I just started Rising '44: The Battle for Warsaw by Norman Davies the other day. It's been sitting on my shelf since last fall, and I thought it was time to finally read it. It's a detailed history of the ill-fated Warsaw uprising that started in August 1944 and lasted two months. (This is not the same thing as the Warsaw Ghetto uprising of 1943; it was a more general rebellion that was not confined to the Jewish Ghetto.) As Soviet troops advanced upon Warsaw, Polish nationalists, seeing that the Germans were rapidly retreating, started an armed rebellion, hoping for Soviet assistance. Stalin, realizing that the Polish nationalists could be a problem for him after he had driven the Germans from Poland, held his forces back and offered no aid. In essence, he let the Poles tied down German forces and cause German casualties, while letting the Germans crush the rebellion ruthlessly. Over 80% of the great city of Warsaw was leveled in the subsequent battles, which stretched over two months and caused mass casualties. The Germans also retaliated with mass arrests and executions.

Yikes. Except for the first answer, this one's hard, but here goes:
You realize, of course, that, if you ask me on a different day, any or all of my choices (with the exception of #1, of course) could well be different.


Who are you going to pass this book meme baton to and why? (only three people)

The Cranky Badger, because, given that he's a comedy writer, I think he could make his response funny (that is, if he actually bothers to do the meme), and I'm up for some laughs. (Not too much pressure on you, Cranky.)

St. Nate, because he did a good job with the last meme I sent his way.

Anne, because I'm curious to see what a fine debunker of quackery reads in her spare time.

As an aside, the pictures I'm including are of a rather photogenic pelican that I saw while wandering around Venice Beach on Tuesday night. I was looking for an excuse to post them, and Hedwig's interest in birds is as good an excuse as any. I swear, I think this guy was intentionally posing for the camera! 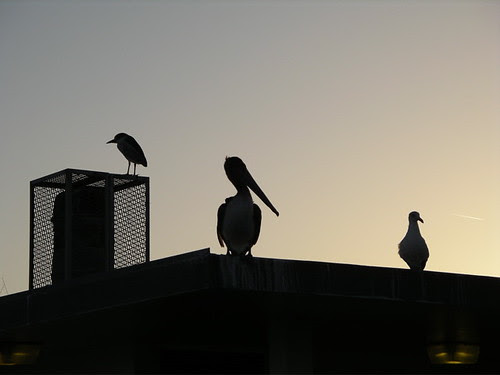 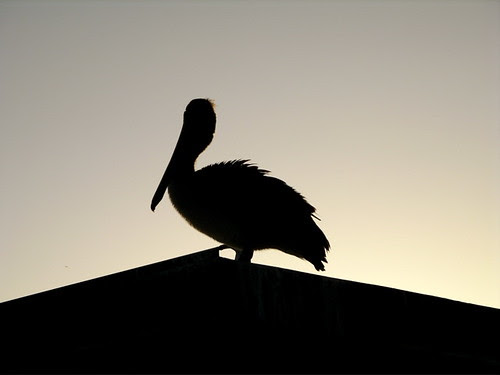