Half a year of EneMan!

It's the first of the month, and regulars around here know what that means. Yes, it's time for Orac to indulge his computational circuitry's strange fascination with that green, white, and orange Fleet Pharmaceuticals mascot and defender of colon health with the hat whose shape and function you really don't want to contemplate too carefully, a character who has become the de facto mascot of this blog.

It's June 1, which means it's EneMan calendar time.

So why the trepidation? Well, I've submitted posts to a number of blog carnivals, all of which are appearing around now. For example, yesterday there were Grand Rounds XXXVI (to which I contributed this) and the Carnival of Bad History (to which I contributed this and this). Today, Tangled Bank will be appearing at Organic Matter, and the History Carnival will be appearing at Cliopatra, and I've contributed to both. That means that (hopefully) there will be a number of new readers who will be experiencing the Respectful Insolence of Orac for the very first time. Will they want to stick around after seeing Orac's mascot? I've asked these questions before, and it seems that you all (well, many of you, anyway) keep clamoring for more of that charismatic colon cleaner, EneMan, but never before has EneMan's scheduled monthly appearance coincided with such a confluence of blog carnival mania to which I've contributed.

Also, I've recently posted a couple of rather vociferous pieces lambasting those who push a questionable (at best) connection between mercury in vaccines and autism, one of which was referenced in the comments of The Huffington Post. Oddly enough, there hasn't yet been the expected influx of anti-vaccination zealots descending upon this blog to trash Orac, as they have done to another blogger via David Kirby's Evidence of Harm message boards and as they've done to me on Usenet before in the past. Heck, there hasn't even been a flood of readers referred from The Huffington Post, as I had half-expected there might be after I learned of my appearance in the comments there. In fact, I'm rather disappointed to report that I have yet to notice even a single reader in my Sitemeter logs who came here via The Huffington Post (which makes me wonder just how many people are actually reading it--perhaps way fewer than I had thought, which further makes me wonder what Skeptico's experience has been, given that he cited himself there as well). But you never know. They might still show up.

And EneMan is just the sort of ammunition they'd love to use against me, I'm sure.

All of the above would suggest that discretion is the better part of valor, that Orac should wait a couple of days; that perhaps he should hold off posting the latest entry from the EneMan calendar until, say, over the weekend; that maybe he should play it safe and curry favor with the new readers, hoping to lure a fraction of them to stick around and become regular readers (shameless blogger self-promoter that he is).

Yes, all of the above would suggest that Orac should probably do the prudent thing.

But since when has Respectful Insolence been about doing the "prudent thing"? No! Orac won't abandon his mascot, consequences be damned! Let the anti-vaxers and/or alties make fun of him for his strange obsession with EneMan and his occasional tendency towards bathroom humor (although, given their own frequent obsession with "colon cleanses," alties are in no position to comment on Orac's proclivities for this sort of humor--indeed perhaps they should meet EneMan). Let the otherss of the new readers scratch their heads and ask themselves, "What the hell is that?" before moving on to check out the latest Instapundit posts.

EneMan will not be denied... 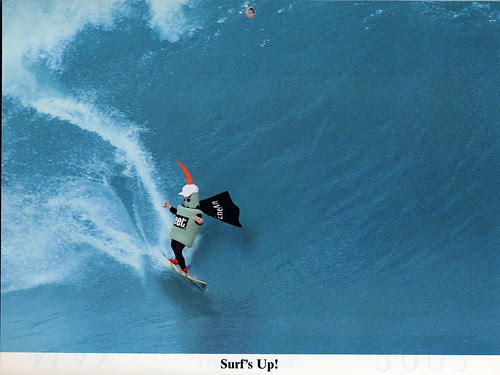 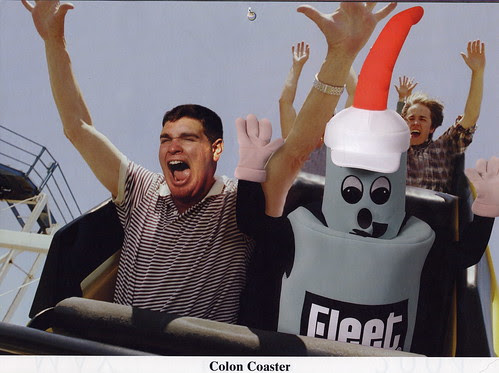 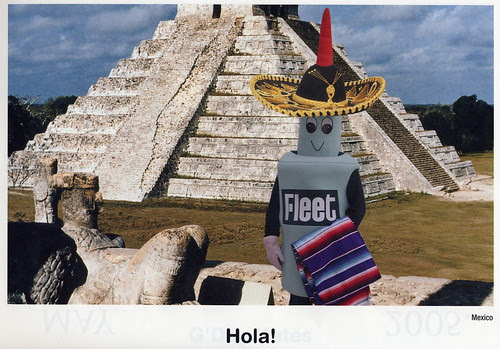 June 2005
Even better, if you click on the above pictures, you (yes, you!) can get versions that are bigger and brighter than any I've ever posted before. Just click "different sizes" after the picture comes up, and you can see EneMan in a scan twice the size.

Finally, for those of you who have unfortunately come late to the EneMan phenomenon, I'm even providing you with quick links to every appearance he's made on this blog since the very beginning: