You want to know how to make a surgeon angry? 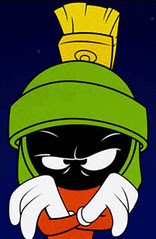 I was browsing one of my favorite science blogs, Pharyngula, enjoying PZ's evisceration of a clueless creationist foolish enough to resurrect once again that long-debunked hoary old creationist canard that evolution is somehow not consistent with the Second Law of Thermodynamics, when I saw this in the comments section:

Surgeons and other medical staff are the equivalent of technicians, engineers, plumbers or carpenters. They are not scientists. They are not studying the details of the relevant science. They don't have to understand it - just carry out procedures by rote. Though the ones who do have a clue will be a lot better at adapting to new circumstances because they'll make more correct guesses based on their understanding than the clueless ones will.

I'm sure that my fellow surgeon-bloggers Dr. Bard Parker and Aggravated DocSurg will back me up on this if they see this post, but there are few things you can say that will royally piss off a surgeon faster than a statement like this, which, whether the commenter realizes it or not, relegates surgeons to the realm of not being doctors, but rather to the realm of skilled tradesmen. Don't get me wrong. I have nothing against plumbers or carpenters, both of which represent skilled trades that I can't do. I certainly don't have anything against engineers (a slightly more apt analogy, given that engineering is applied science) either--and indeed one commenter was not happy with engineers being lumped into the group. However, there is so much more to being a surgeon other than doing procedures "by rote" that I had to point out to this person that he clearly had no clue what it took to become a surgeon or what surgeons do. It is true that some of what we do is purely technical. When an oncologist asks me to put a Port-a-Cath (and here) in a patient, I don't need to engage in any heavy thinking or differential diagnoses. I just have to make sure there are no contraindications and schedule the surgery. In addition, although it is true that most surgeons are not scientists, it is also most definitely true that they do need a strong understanding of the relevant science and an understanding of the scientific method in order to evaluate the medical literature and distinguish good studies from the not-so-good. Yes, a lot of what we do is procedure-oriented, but to understand how to do those procedures and, more importantly, whom to do them on and whom not to do them on requires a pretty strong understanding of physiology. We have scrub techs and surgical assistants who can "carry out procedures by rote." Sometimes, they're even technically better than the surgeons with whom they operate, but they cannot take care of the whole patient. That is the role of a surgeon.

We have a saying in surgery: "You can teach a monkey to operate; you just can't teach a monkey when to operate or who needs what operation--or what to do if things are not what expected." To understand that requires a thorough understanding of human physiology, anatomy, and, yes, sometimes even molecular biology. I would also add that you can't teach a monkey how to take care of the patient before and after the operation. People don't seem to realize that surprisingly little of most surgeons' time is spent actually in the operating room doing procedures, usually no more than two days a week. (One of the biggest surprises awaiting residents when they become attendings is how much less they get to operate; when they are residents they operate almost every day.) Only exceedingly busy surgeons spend more time than that in the operating room. Indeed, we have another saying, at least about general surgeons, that "a surgeon is an internist who can operate." I'm not sure I'd go that far, but it's definitely true that surgeons have to understand far more medicine than internists have to understand surgery. Those of us who deal with critically ill patients (as I routinely did until around 6 years ago) need a very strong understanding of physiology and critical care medicine far beyond what most internists ever achieve without undertaking a critical care fellowship.

Perhaps you might think I over-reacted. I rather suspect that the person making the comment had no idea how annoying it would be (although perhaps he should have guessed, as he managed to irritate an engineer as well). However, his further comments tended to make me think that perhaps I didn't over-react as much as I thought I did. His dismissive "not a scientist" attitude towards surgeons in particular (he pointedly didn't mention internists or other doctors in his "not a scientist" category, just "technicians" and "medical professionals") revealed an attitude that is all too prevalent, however, and that was what rankled. On the other hand, he seemed to use the term "technician" as a catch-all insult for any profesionally, scientist or medical who possessed pseudoscientific beliefs. In the way of context, I will point out that the comment happened to have come up in the context of a discussion about evolution, and it's probably true that most physicians don't have as strong an understanding of evolution as they should. Indeed, many of them embrace intelligent design (and here), and fewer than I would like to admit recognize ID as the pseudoscience that it is. The implications of this and why evolution is important for a good understanding of medicine these days will probably be fodder for another post sometime next week, but those are the numbers. I couldn't resist pointing out, though, that there were quite a few Ph.D.'s who have been seduced by pseudoscience, whether it's Michael Behe and intelligent design, Boyd Haley and anti-vaccination pseudoscience, or even the Nobel Laureate Linus Pauling, who, later in life, became enamored of vitamin C quackery. Even a Ph.D. in a scientific discipline is no guarantee that one will never stray from the path of science. Of course, the problem is, those with a Ph.D. who do stray are often the most intransigent pseudoscientists of all.

But I make no apologies for being annoyed. Perhaps I have a thin skin, given the dismissive "just an M.D." attitude I encounter sometimes among basic scientists. Being a surgeon, I get to experience the dismissive "just a technician" (translation: "not a Real Doctor") attitude that some internists have towards surgeons too. Maybe keeping the underdog attitude is good for me. If I'm lucky, it might keep me from developing a swelled head.
Email Post