And now for something completely different...EneMan!

I've been on a bit of a blogging tear over the last week, sometimes with multiple posts in a day. Due to a confluence betweents of World War II and the Holocaust (one of my other interests), lot of what I've been writing has been a bit of a downer. There were multiple posts about a brain dead teenager named Teron Francis, a post the liberation of Dachau, and finally some musings on Hitler's suicide and the devastation of Berlin. True, I did post a satirical piece about poster presentations at scientific meetings, an anecdote about dealing with unexpected discussions of alternative medicine from its adherents, and an offhand rant about a Christian horror writer's novel attacking evolution, but, looking back on my output this week, to me (and no doubt to some of you) this blog was a bit of a downer. (Holy crap! I now think in retrospect. Why did I burn through so much good material in such a short period of time? Blogging is a marathon, not a sprint. Pace yourself!) To some extent I was bound by the calendar, given that I had planned to write about the 60th anniversary of liberation of Dachau and of Hitler's suicide (as well as all the other World War II topics I've covered) as far back as January, but the Teron Francis case popped up unexpectedly and, because it was about a topic I'm interested in, in essence took over the blog for a few days, muscling out previously planned science and medicine posts inspired by topics discussed at the AACR meeting I attended a week and a half ago.

Fortunately, there is an antidote, although I have to risk that, after all the seriousness that preceded it, it might be somewhat jarring. The first of the month has rolled around yet again, and regular readers of this weblog know what that means. For those of you who don't, then here's your chance to experience it for yourself and wonder just what the hell kind of a twisted plastic box of blinking lights Orac is anyway. On the other hand, readers seem to love it, and I bet I'd get complaints if I were late with my usual 1st of the month feature.

Yes, it's time once again for the author of this weblog to indulge his strange fascination with that champion of colon health, that Fleet Pharmaceuticals mascot, that guy with the unfortunately shaped hat whose true function you really don't want to contemplate in too much detail.

Yes, it's EneMan time again! Once again, Orac now features photos taken from May of the EneMan calendars from 2002, 2004, and 2005. You may run away screaming, vowing never to click on Orac's URL again. Or, like Orac, you may become a devotee yourself. The choice is yours... 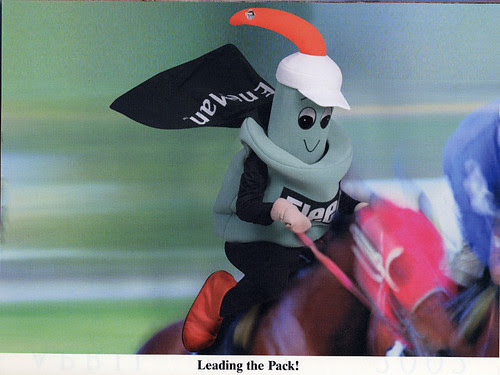 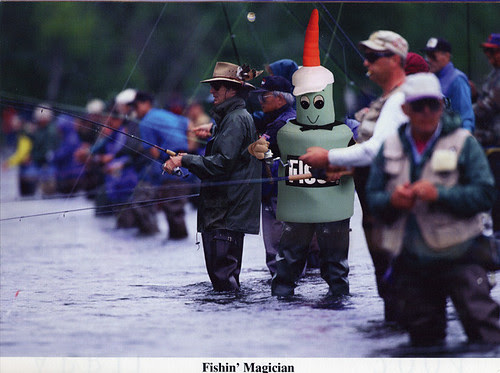 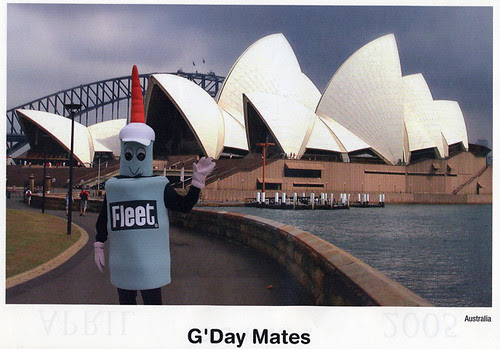 May 2005
Not content with this, I'll even add in convenient links to every appearance EneMan has ever made on this blog: