Today is Memorial Day. It is the day set aside to remember those who have died fighting for our nation in its wars. I was debating about what to post today, when I remembered that, two and a half weeks ago, I happened to be in Bethesda for a conference sponsored by the NIH. Because of my interest in World War II history and because I had a few hours hadn't seen the new World War II Memorial before (which had been dedicated on Memorial Day weekend last year), I decided to take the Metro into Washington and check it out before heading home. As regular readers of this blog know, sometimes I succumb to the temptation to engage in some photoblogging. Today it seems appropriate to post some of the pictures I took of the monument.

From accounts in the press and opposition to the choice of a location for the monument, I had had my doubts about the design, but I have to say that seeing it up close and personal, in the context of all the other monuments in the area and with the nearby Reflecting Pool, I was impressed and moved. Fears that critics voiced that the monument would ruin the sight lines between the Lincoln Memorial and the Washington Monument were unfounded. Lining paths leading to the fountains in the center are a number of bas-relief panels by sculptor Ray Kaskey, and the overall effect was serene. My one disappointment was that some of the pools without fountains appeared rather stagnant, with algae. You'd think they could take better care of the monument, which is only a year old.

The photos (click for larger versions, and go here for more): 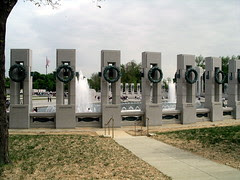 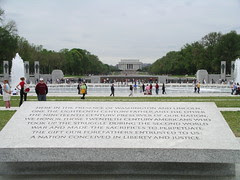 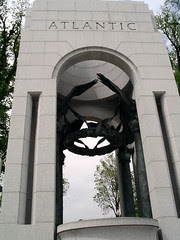 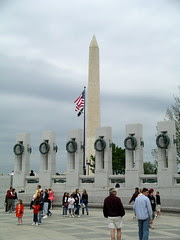 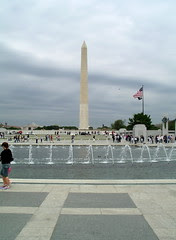 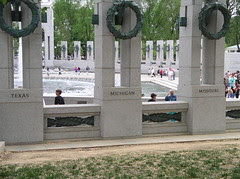 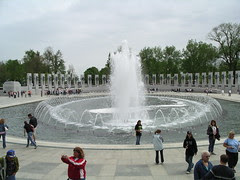 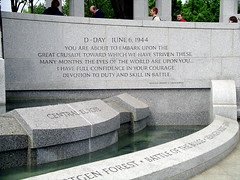 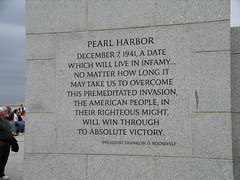 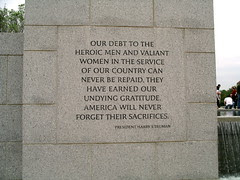 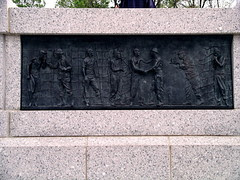 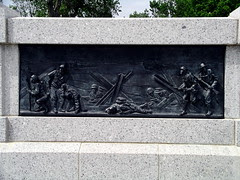 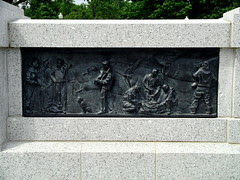 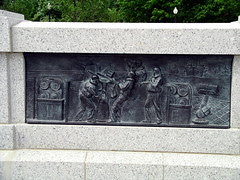 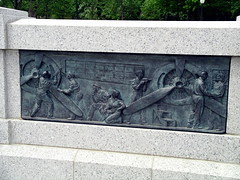 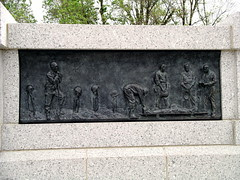 Overall, this seemed to me a fitting memorial to the hundreds of thousands who died in World War II. On this Memorial Day, between the trips to the beach and the barbecues, let us remember the soldiers who have fought and died in all of our wars.