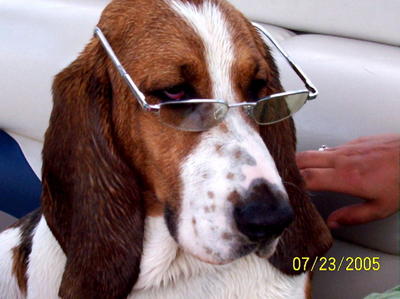 It's been a while since I did a link roundup for your reading and browsing pleasure. What better time to do it on a Sunday morning? So, here we go, in no particular order:

First off, it's great to know that the winners have been announced for the 2005 Bulwer-Lytton Contest. For those of you not familiar with the contest, it's a bad writing contest. The premise is that you have to imagine the worst novel ever written, and then write the opening sentence for that novel:

An international literary parody contest, the competition honors the memory (if not the reputation) of Victorian novelist Edward George Earl Bulwer-Lytton (1803-1873). The goal of the contest is childishly simple: entrants are challenged to submit bad opening sentences to imaginary novels. Although best known for "The Last Days of Pompeii" (1834), which has been made into a movie three times, originating the expression "the pen is mightier than the sword," and phrases like "the great unwashed" and "the almighty dollar," Bulwer-Lytton opened his novel Paul Clifford (1830) with the immortal words that the "Peanuts" beagle Snoopy plagiarized for years, "It was a dark and stormy night."

The contest began in 1982 as a quiet campus affair, attracting only three submissions. This response being a thunderous success by academic standards, the contest went public the following year and ever since has attracted thousands of annual entries from all over the world.

I personally own three or four of the books containing entries from this contest. This year's winnner was Dan McKay of Fargo, ND:

As he stared at her ample bosom, he daydreamed of the dual Stromberg carburetors in his vintage Triumph Spitfire, highly functional yet pleasingly formed, perched prominently on top of the intake manifold, aching for experienced hands, the small knurled caps of the oil dampeners begging to be inspected and adjusted as described in chapter seven of the shop manual.

And the winner in the fantasy section:

"Why does every task in the Realm of Zithanor have to be a quest?" Baldak of Erthorn, handyman to the Great Wizard Zarthon, asked rhetorically as he began his journey began to find the Holy Hammer of Taloria and the Sacred Nail of Ikthillia so Baldak could hang one of Zarthon's mediocre watercolors, which was an art critique Baldak kept to himself unlike his predecessor, whom Zarthon turned into the Picture Frame of Torathank. (SSG Kevin Craver Fort Polk, LA)

And, finally, the science fiction section:

Long, long ago in a galaxy far away, in General Hospital born I was, and quite happy were my parents, but when a youngling still I was, moved we did. (Mary Potts Oneco, FL)

Little known is that I once submitted a couple of entries to this contest several years ago. I didn't even get a dishonorable mention. Bummer.

Prometheus, in taking on people who think that they are just as qualified to evaluate complex data as physicians and scientists who have spent 25 years studying the question, tells us that if you want to drive the bus, you have to go to bus driving school. (This is essential reading for dealing with alties; sometimes, as un-PC as it might be, it is appropriate to tell someone that they don't know what they're talking about.) He also takes on Dr. Hornig's "autistic" mice that are often touted by mercury-autism advocates as an "animal model" for autism and its supposedly being caused by mercury.

The Columnist Manifesto tells us the difference between men and women is something he calls "eyedar" and thus solves one of the mysteries of the universe. He also give relationship advice regarding a question all men with a wife, significant other, or girlfriend dread.

The Mad House Madman tells us Ten Random Things I Asked My Interns to Do Today. Man, I don't want to get on the Madman's bad side.

Kathleen Seidel tells us just what lengths some will go to to silence those who don't agree with them and follows up dealing with the responses.

The Waiter tells us how he likes to see customers deal with the check and tipping and tells you when the server (and the entire restaurant staff, actually) wants you to leave. He also gives a lesson in slapping down one of those beautiful people with an undeserved sense of entitlement who happened to work in his restaurant. Meanwhile the Doorman gives advice on blogging, and the Bitter Waitress presents the Shitty Tipper Database.

Skeptico tells us why ad hominem attacks are not valid arguments. (I will likely be posting a bit about this myself next week using some of my Usenet experience.)

Via Brent, I discover a case of beermaggeddon.

Jason Rosenhouse continues his report on the Creation Megaconference.

Juspasenthru tells us about Nasty Lawyer Tricks. Essential reading for any physician.

Decorabilia (a future host of the Skeptics' Circle, by the way) provides a link to a pro-"intelligent design" rap song called "Agency." Ow. It hurts the ears. Inane lyrics. Bad rap, even worse than most rap. Oh, it's awful. I think my ears are bleeding. I wouldn't recommend William Dembski start using it. Eminem and 50 Cent have nothing to worry about.

Too much. I should have stopped while I was ahead.

This is where I try to use the minimal might of Respectful Insolence for good, pointing out blogs I've noticed recently. (It's almost as though I think that, now that I've passed 100,000 visits, someone is actually reading this stuff.) There have been a couple in the last month:

Brian has started a blog called Common Sense for the Biochemist, because, as he puts it, what is common sense to a biochemist?

Notes from RW is a medblog by a hospitalist in Arkansas.
Email Post