Halloween's coming up; and I thought a little holiday-themed post would do nicely. Perhaps a couple of more will appear in the next week or so, depending upon my mood...

In any case, I find my score results reassuring, should the world ever be overrun by zombies:


Zombie-fighting skills may come in handy, given the woeful lack of preparedness in one of our major cities (Pittsburgh) for a full-scale zombie invasion.

Geez, if the Hitler Zombie hears about this, expect to be hearing some really stupid Nazi analogies coming out of Pittsburgh soon, rather than Madonna's latest evidence of brain damage due to the Hitler zombie's dietary choices. (Madonna said in response to a question about her new movie that features Kabbalah quite heavily: "Yeah, yeah… Strange. People get very upset about the fact that I decided to study a spiritual belief system. It's very strange. I may as well have announced that I've joined the Nazi party.") 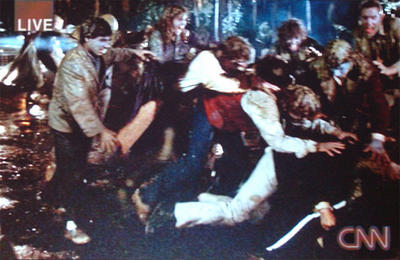 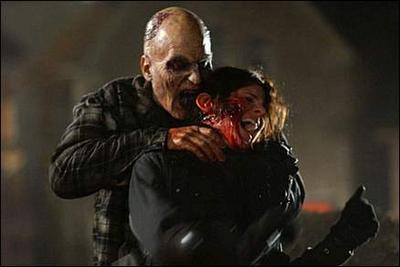 You realize, of course, that, with Halloween approaching, it may be difficult for me to resist letting the Hitler zombie out of his crypt again, particularly since it's been two and a half months since his last appearance here. Better hope no one makes any really stupid Nazi analogies between now and October 31!
Email Post