The (other) Sox are champions 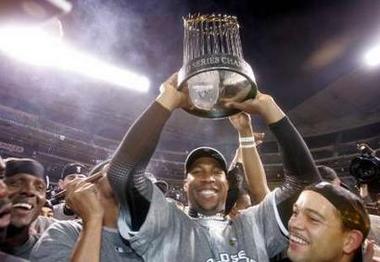 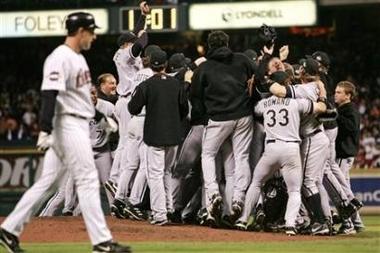 As hard as it is to believe, after 88 years, the White Sox are champions again! Too bad I'm not still in Chicago; the city must be going nuts.

What's next? Fire and brimstone coming down from the skies? Rivers and seas boiling? Forty years of darkness? Earthquakes, volcanoes? The dead rising from the grave? Human sacrifice, dogs and cats living together - mass hysteria?

No, those things would only happen if the Cubs ever win.

I keep saying it: 2008. That's the Cubs' year. They have to suffer at least a century of futility. With only three years to go, why not go for it?

In the meantime, next year is reserved for the Indians. After all, they did give the Sox a scare during the last couple of months of the season, cutting their lead in the AL Central from 15 games to 1½ games.
Email Post